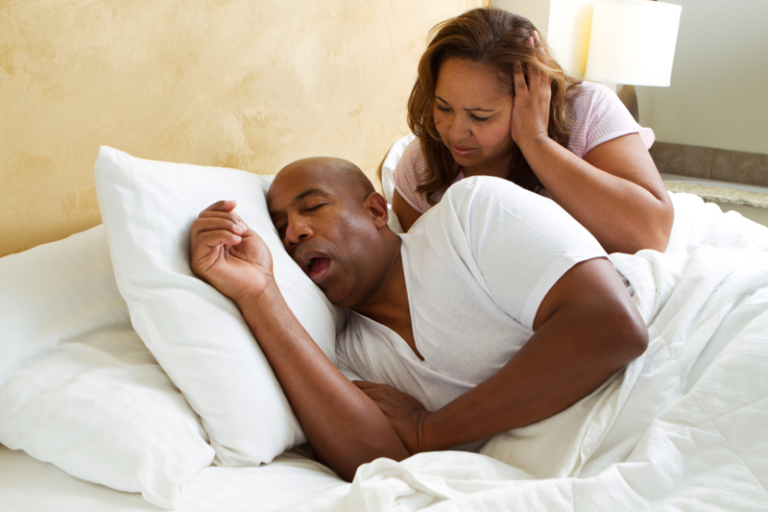 Sleep paralysis and hearing voices are linked. Have you awoken worried because of the vivid nature of your dream?

Sleep paralysis is a standard "out of body" experience that can significantly impact one's mental state. To put it simply, you realise that you might see, hear, or touch something that isn't there. To summarise what sleep paralysis is (which I am sure you are aware of after searching for it), it is awake in a terrifying nightmare.

The visual experience can be both profound and frightening. During sleep paralysis, many people report strange occurrences. The critical patterns discovered in sleep paralysis generally occur when one is attempting to fall asleep or, more commonly, when one awakens.

What are the underlying causes of sleep paralysis?

Sleep paralysis is relatively common if you deprive yourself of sleep; most people require at least seven hours of sleep per night.

What exactly happens during sleep paralysis?

Depending on the experiences, the outcome of sleep paralysis can be concerning. Many people who have sleep paralysis report seeing a group of people in their bedrooms. There have been additional reports of seeing a dead human body or a person dressed entirely in black. This has been described as seeing dark shadows that resemble people. This figure could be watching over you as you sleep. Typically, this has been on the outskirts of the dreamer's vision. It sounds creepy!

Voices are heard in the bedroom.

When it comes to hearing voices in history, the ancient Egyptians regularly communicate with the dead. Vivid hallucinations could also be a part of this history, referred to as dream incubation. Surprisingly, there was little written about any connection with hearing voices.

Another theory holds that voices are misrepresentations of how we perceive experiences in the real world. If the dream is hazy and you wake up hearing clear voices of people who aren't there, the auditory hallucinations in sleep paralysis may have been profound. I am a firm believer in spirit communicating with you during this period. If the language appears foreign, it is best to meditate to find the answer.

I was startled awake by the sound of someone whispering.

Have you ever awoken in the middle of the night because someone was whispering to you? This is extremely rare, and it has only happened to me a couple of times. Suffice it to say; that extensive research was conducted into this strange encounter. First, one must consider one's mental state; such waking-world experiences have been linked to schizophrenia.

What research has been done on hearing voices?

As previously stated, people frequently cannot hear the voices, referred to as auditory verbal hallucinations. This is taken from the psychiatric definition. This phenomenon has been regarded as a mystery; psychiatrists frequently conclude that hearing voices is associated with schizophrenia or other mental disorders. Much has been written about verbal hallucinations and the causes of hearing different voices.

\ A subsequent study at the University of Queensland in Australia found that people who heard voices did not necessarily have schizophrenia. A little more than thirty thousand people were tested for "hearing voices," and nearly 3% of those tested heard voices.

As a result of this research, one could conclude that hearing voices does not always indicate a mental illness. If you are constantly hearing voices, it is likely that the voices are in your head and not outside of your head. We'll talk about hearing voices externally as if you're in a room and can hear people talking or whispering to you. Often, one can awaken from sleep hearing voices after dreaming, asleep, perhaps in the corn room or wake up in the morning hearing voices.

Why do I hear voices?

One could say it was a lucid dream or hypnagogic, but remembering an unexplained voice accompanied is the main thing to remember. So, what exactly is an unexplained voice? Hearing these whispering voices could be explained by several factors.. including waking up to the voice or hearing voices in one's bedroom. Many people are scared when this happens to them, and to understand what happened, we must break it down into specific sections.

The Origins of Hearing Voices

What does hearing voices while sleeping mean?

Hearing voices while falling asleep is common because it is a time of peace, with no noise to distract you. It is associated with the fact that your defences are down when spirit frequently connects with you. Depending on the voice you hear, you may be taken aback. The most common type of voice heard is a muffled or whispering sound. If you have a natural ability for prophecy, you will experience it when you are incredibly relaxed and your thoughts are not cluttered. This can happen between being awake and asleep.

Your brain is active throughout the day, taking in all of the information and "noise," that the spirit must work through to communicate. The voices you hear may be from another dimensional plane When you're halfway between sleeping and falling asleep. This is common when we first begin to travel into the astral world. Spirit may wish to communicate with you if they have a message for you. When it comes to hearing voices in history, the ancient Egyptians regularly communicate with the dead.

It was common to believe that communicating with the dead could help with daily life during this time. This was usually accomplished through dreams and sleeping in various temples, and it was referred to as dream incubation. Surprisingly, there was little written about any connection with hearing voices. Another theory holds that voices are misrepresentations of how we perceive experiences in the real world.

What exactly is Clairaudience?

For many years, people have heard voices, a condition known as Clairaudience, linked to receiving prophecies from spirit guides. This is the skill of receiving psychic messages.

According to various spirit books on the subject, Clairaudience falls into one of the following categories.

Before bedtime, a small whispering voice. Voices awaken you. The voice represents your angels, and the voices represent your spirit guides. You can hear a voice saying something to you specifically. The divine voice. The entities' voice. As a result, spirit guides provide not only guidance but also comfort and information. Imagine a mobile phone connection from our world here on Earth to the spirit world, with voices connecting and transferring information.

Put another way, we can tell the difference between hearing spirit voices and having good mental health when the voices provide us with information we can trust and identify.

If, on the other hand, the information provided is ineffective or harmful in any way, this could indicate a psychiatric disorder, mental or emotional problem, or it could simply be something that should be ignored. When you hear voices, you may be surprised, scared, or ironically relaxed. Voices can come into your head at times, or you can hear them out in the open.

I'm a firm believer in spirits sending messages in times of peril to provide guidance and comfort in everyday life. The voices, when heard in a variety of situations, are not hallucinations. So, the question is, can you call on this skill when you need help? Is it possible to seek advice from the voice that speaks to you?

The answer is that Clairaudience indicates hearing a sound that is silenced, indistinguishable, and possibly ringing. If the message is critical, you might only hear a few words. If the voices are consistent, they are, but these voices have occurred in healthy people. The fact that it is unknown is the key to this answer. Auditory hallucinations are not well understood.

What does it mean to hear whispering but see no one?

The whispering or muffled talking is caused by a spirit attempting to communicate. When the spirit wishes to communicate, the soul must work hard to get through. It is much easier for them to communicate with you in your sleep if you are blocked somehow, whether by fear or a large number of ideas. They may choose to try and speak to you when you're more receptive because it's better for both of you until you learn how to be more responsive when you're awake. It's also possible that you're interacting with a different dimensional plane. This happens when we go on a cosmic journey.

Your soul departs from your body and travels to other planes of existence, which may contain measurements that you cannot normally perceive. When you return to your own body, you integrate into the body while remaining partially connected to the heavenly. This is where you will hear voices, either with your physical ears or with your psychic hearing. When you're in this state, the psychic hearing may appear quite loud or accurate, and it may startle you if you are not fully alert.

Others have reported seeing flashes, bright colours, or white lights. The visual hallucination can be quite elaborate at times. Sleep paralysis is frequently associated with the following events:

They have the impression that someone is present in the room.

A possible demon was seen or felt in the room.

There was something evil in the room when I awoke.

Seeing a ghost, a spirit, or someone who has died.

I spotted an angel.

I had sex while suffering from sleep paralysis.

Suffering from strangulation or suffocation.

What should I do?

Ask. Consult your spirit guides to ensure that nothing disturbs your sleep unless it is in your best interests. Please ask the soul to stop bothering you, and if there is a message for you, please receive it in a way that does not frighten you (unless you do not need to have the message whatsoever).

How do you communicate with a soul?

When it isn't a soul but you are astral travelling and tapping into people or things, You can request assistance from your higher self or spirit guides. Only contact you from the outside. It is also possible to request protection by imagining yourself as a white light within a glass bubble.