What does it mean to dream about a riot?


In dreams, a riot or rioting represents a loss of identity, a breakdown in politeness, a dissolving relationship, and, occasionally, fury.

Consider ways in which your behaviours are damaging in your waking life and take time to reflect on what you are doing with your life, whether you are taking in anarchy or easily joining in on what others are doing.

If you're taking part in a riot, think about how you're losing yourself in your daily life. Do you have people in your life who have a negative influence on you or bring you down? This conduct could be an indication that you're not true to yourself, that you're taking the easy way out, or that your principles have crumbled. This action in a dream is troubling since it indicates that you are on a terrible road in your waking life but aren't aware of the danger you are placing yourself in. Rioting in a dream is the same as acting out and reacting instead of being calm and responsible. These types of acts can land you in trouble or cause long-term consequences.

If you are trapped in a riot but do not intervene, positive changes are on the way.

You assist in the dispersal of a riot.

You riot for freedom or justice, but not at the expense of others.

You express your dissatisfaction with unfairness.

Riots are usually violent, and they can be frightening if you get caught up in one. There were riots after Hurricane Katrina, as well as in the 1990s in Los Angeles, CA. Riots can be seen on television worldwide, but they rarely reach home unless they are close to you or you feel the full force. When one is dissatisfied with the government, a societal injustice, or when one's freedoms are denied, riots can even sound like fun. Remember that the people injured in riots are frequently local business owners, citizens, and ordinary people like you. Rioting causes societal devastation and, at its core, weakens the people's will, who are then forced to deal with shattered buildings, rubble, and, in some instances, contaminated water and food sources.

Being trapped in or caught up in a riot indicates that others are making decisions for you and that you have lost your voice or reason. There is currently no method to stop this. Others may require more attention than you, which indicates that you should assist those individuals or a specific person in your life in finding their inner voice and strength to express themselves creatively and healthily. You can stand up for others right now because you most likely have a skill or experience that can assist them. Allowing yourself to feel out of control is counterproductive since you can regain control of the situation once the activity and response behaviour has subsided.

Feelings that you may have experienced during a riot dream 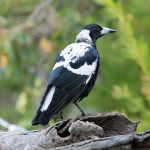