What does it mean when you dream about volcanoes 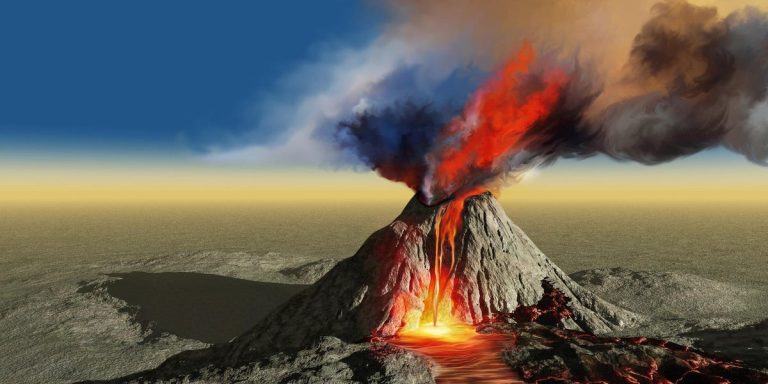 Why did you dream about volcanos?

What does it imply to dream of a volcanic eruption?

What does it mean to dream that you got burnt in a volcano?

What is the biblical meaning of dreaming of a volcano?

What do dreams about lava mean?

Is this a negative dream?


A volcanic explosion denotes a sense of being out of control in your life. If you think about the violent outpouring of the lava, this might represent a hotspot in your life that is causing risks. Consider how volcanic ash may endanger people on the ground and airplanes; in my opinion, the volcano signifies the development of something significant!

Why did you dream about volcanos?

Our unconscious mind frequently communicates with us through visuals in our dreams rather than words. Many of us are familiar with how a volcano erupts, which is terrifying since it rarely offers notice, spews clouds of ash, and emits tremendous heat.

In dreams, a volcano is an important symbol. The first question is, what exactly is a volcano? We are all aware that this ruptures, allowing hot lava, ash, and gas to escape. The spiritual meaning of seeing a volcano in a dream is that there may be an emotional outburst. The interpretation of volcanoes in dreams will vary based on the situation in which the sign appears. What I need to know is how extinct the volcano is. Was the volcano dormant or in the process of erupting? As I previously stated, such dreams indicate "eruptions" regarding your emotions in most circumstances.

Wrath: This dream may indicate that you are feeling an inner eruption of anger and that you are struggling to manage your temper in certain situations. Are you prone to losing your temper? or have you recently felt as if you're about to burst? A giant volcano can represent destructive emotions and feelings. Volcano dreams might also be triggered by suppressed sentiments and emotions that need to be released as soon as possible.

Volcanoes represent a problematic person in your life: A similar dream might occur if you encounter someone who challenges you in your daily life. It might be a harbinger of a scenario that will eventually devolve into chaos or disaster. You, too, may be going through a crisis. You may be disregarding warning signs that something terrible will happen or is already occurring in your life. You may be disregarding suggestions on how to prevent issues or situations that require immediate action. If you do not, they may worsen in the following days.

Rocky emotions: Dreams involving a volcano might be caused by eruptive and destructive volcanic occurrences. Someone seeking to dominate you and run the show in your life might be the source of the pressure.

Hiding emotions: Dreams of volcanoes may represent hiding your actual feelings from others around you, fearful that they may be disturbed or angry, but also feeling the need to relieve the pressure developing inside you.

Reminder to keep calm: Volcanic dreams can also convey a warning from your subconscious about changes you may encounter in the following days.

Disagreements and arguments: After the dream, you should attempt to avoid conflicts and quarrels. If you become engaged, attempt to solve problems as quickly as possible to avoid becoming more complicated. The dreams are likely coming to you as a warning of a challenging period in your relationship, as well as potential misunderstandings and quarrels that you'll have to deal with. Try to avoid beginning or engaging in quarrels with loved ones after having such nightmares in the event of a disagreement; attempt to resolve it quietly and gently.

What does it imply to dream of a volcanic eruption?

A volcanic eruption in your dream indicates that you will be irritated in the coming days. As I've mentioned several times before, lava erupting from the volcano's crater signifies out-of-control emotions.

What does it mean to dream that you got burnt in a volcano?

Dreaming that a volcanic eruption and you were burned might signify that someone is not pleased with you. You may have done something purposefully or inadvertently that wounded someone dear to you, and it is now time to evaluate your connection.

What is the biblical meaning of dreaming of a volcano?

As previously stated, the term "volcano" is derived from the Roman deity Vulcan. In ancient Rome, this deity was associated with male fertility and crop protection. The deity is associated with all aspects of fire and is typically worshipped to avoid starting fires. God is known to be associated with religion and aids in the protection against potential harm. Furthermore, the volcanoes are linked with the Hawaiian goddess Pele. According to tradition, Pele had numerous siblings, including thirteen sisters. According to legend, she wished to meet her true love, but she was fickle and ended up murdering all of her husbands. Furthermore, this dream is connected with a strong emotion of love or hatred.

What do dreams about lava mean?

The type of larva matters; seeing red lava signifies danger. If the lava was pouring, this implies that the emotions are anger. In a dream, the fluidity of the lava is crucial. The larva's ability to flow down a steep slope implies that everything will be OK in the end.

Is this a negative dream?

Volcanoes in dreams might indicate that the dream is under a lot of pressure. Someone is attempting to keep you under control, and someone is also concealing their emotional sentiments. In a dream state, this may mean that the dreamer has been under a lot of pressure to keep emotions under control and has struggled not to get upset with the person hiding their emotions. There is a desperate urge to get out from under this burden. The earth's pressure can occasionally erupt. This becoming visible in a dream indicates that the strain of continually wanting to accomplish has frequently resulted in a conflict.

We consume too much, don't take care of our bodies, and are sure that everything will work out in the end. The body occasionally signals these difficulties, such as small heart attacks or high blood pressure, but this is gradually disregarded, and emotions develop greater due to regret not acting on ill-health. In a dream, the energy beneath the volcano's surface represents our emotions and how we treat our bodies. If you have frequent dreams about volcanoes, you should evaluate your sentiments and life decisions.

However, if you're doing spiritual work or seeking to connect with the divine, you should proceed with caution. Volcanoes put on magnificent performances and are beautiful to witness erupt. To dream of swimming in lava indicates that you will have emotional ups and downs but will stay unaffected in terms of your long-term view.